Getting Started with Indriya

In this chapter, we'll explain how to set up a simple Maven project and create your first quantity. Once you've done that, you're all set to explore the rest of the functionality of Indriya.

Setting Up Your Maven Project

In order to be able to use Indriya, you first have to set up your Maven project correctly. Assuming you have a working POM file, all you should need to do is to add the following dependency to your project:

Next, we'll create a Java class that will create your first quantity, the speed of light (c). Let's start by creating a new class in a package of your choice. In that class, import the following types in order to create a new speed quantity:

In order to keep things simple, we'll create the quantity in the class's main method, and print it out immediately.

Compile the class, and run it as a stand-alone Java application. The result should be like this:

That's it: you've just included Indriya as a dependency to a project, and created and printed out your first quantity! 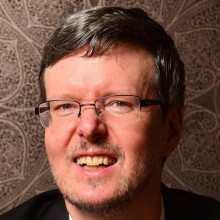